<< Back to newsletters
This Article was Published: 17 / 11 / 2020
MARITIME PIRACY, A RESURGENT BUSINESS AND OTHER THREATS TO SHIPPING 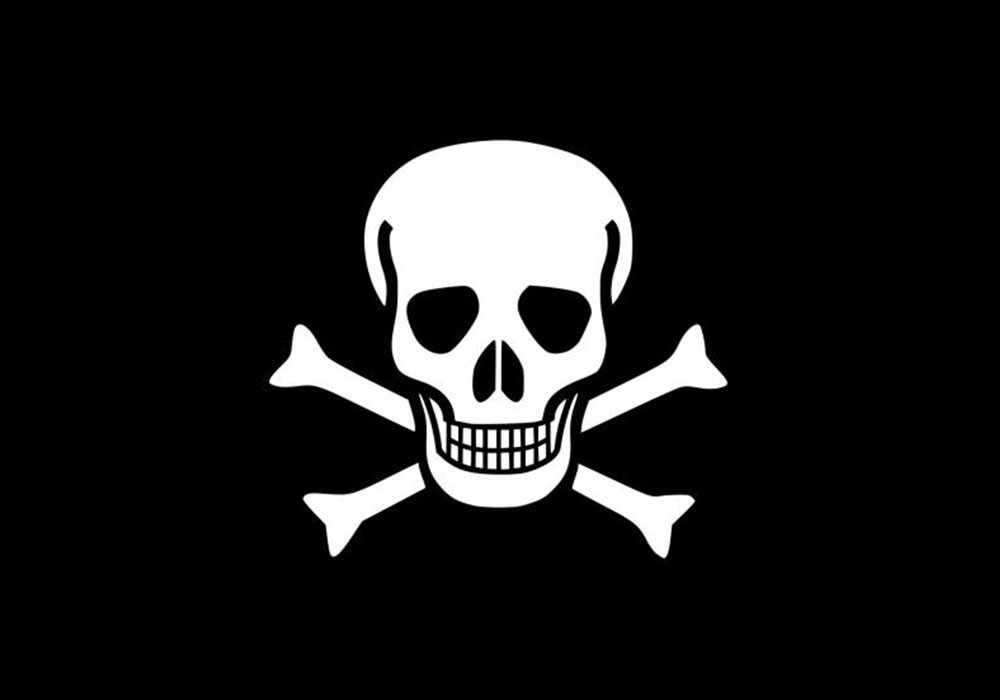 A black flag showing a skull and crossbones automatically flashes through our minds each time we read or hear the word ‘piracy’ – I suspect that there must be a neurolinguistic programming into our minds since we were in our youth. Whilst reading comics containing stories of pirates , or  watching Captain Hook’s adventures in movies, was an exciting and entertaining experience – maritime piracy is and has always been a crime with a severe detrimental impact on both the shipping industry and global economy, and, most importantly, in human lives lost, injured or psychologically traumatized.

Maritime Piracy crime goes back to the seventeenth and eighteenth century. Between 1716 and 1726, pirates captured 2,400 vessels , an average of 200 vessels annually. In our era, between the year 2000 and 2004 the IMB and ICS recorded 920 attacks in S.E. Asia alone, out of 1,944 total world wide and until 2008 the average number of reported attacks had increased to 358 yearly! This number is considered conservative as many shipowners do not report piracy attacks against their vessels as this would result in incident’s investigation costs by Hull, War and War P&I underwriters which eventually could result in insurance premium increases. According to various estimates and reports by ICS, IMB and the IMO,  maritime piracy cost the global economy between USD 5 to USD 6 billion in 2012. Reports illustrate also the operational collaboration between militants and pirates. Maritime Piracy has increased especially over the last 20 years for economic reasons, as for pirates it is, or was, relatively easy pickings, and proved profitable, this being their main objective, with the average ransom, i.e. profits, extorted from shipowners being between USD 5 – 7 Million in cash, per incident.

Although ‘Piracy’ is a risk covered by the Institute War & Strikes, Terrorism and related perils Clauses Hulls, Time – 1.10.’83, this is primarily (not only) related to vessel’s Hull & Machinery, property damages (H&M/GA/Salvage etc.).

Hull War underwriters provide annual cover policies on worldwide basis for damages to vessels’ H&M, that is to say any property damage caused by war, piracy, vandalism, sabotage malicious mischief, terrorists acts and related perils. There are other risks which differ from piracy and represent just as serious threats to the shipping industry, for example terrorism and terrorists’ acts. Ship Managers/Owners/Operators, should also give consideration by adding a separate cover against new but very real threats resulting from cyber terrorism and cyber-crime, though currently deemed an exclusion under the standard Hull war risk and H&M policy.

Although Hull War risk policy is providing cover 365 /24/7 on worldwide basis, it should be pointed out that there are High Risk Areas (HRA’s) which are excluded, unless additional war risk premium is paid by vessel’s owners or charterers.  Vessels’ passage through High Risk Areas (hotspots) or a vessel’s call to an HRA port is covered subject to a prior notification and agreement is made with the Hull War underwriters. In these cases, cover is provided for as long as vessel remains in the HRA at an extra war premium charged due to the increased possibility of incidents at the particular territorial waters. Areas which have been declared as such (HRAs) are notated by the London Market’s Joint War Committee - JWC Hull War, Piracy, Terrorism and Related Perils – and are subject to regular updates. These additional war risk premiums vary from one area to another. The premium is determined by the level of activity during the duration of vessel’s passage – inwards/outwards. Other factors taken into account are the length, if any, of a vessel’s stay, what protective measures taken (such as armed guards), if vessel had been subject to previous attacks, vessel’s type, size, freeboard, speed and of course underwriter’s experience and knowledge about the risks he undertakes to write. Additional war risk premiums represent a significant cost to shipowners and charterers alike.

Hull War risk P&I cover provides insurance for the legal liabilities of the assured shipowner / ship manager to the crew of the insured vessel(s) which arise from War and Strikes Risks and Civil Commotions Risks etc. as per Institute Clauses 1/10/83 CL.281 for a limit of liability up to the Hull insured value or USD 120 per GRT whichever the greater. Although this Hull War policy covers also monies paid to obtain the release of the crew, cargo and/or vessel including all fees and expenses incurred in making such payments up to the agreed and Insured Value and Crew Liability Limits, such payments can be recoverable as General Average when Cargo on-board.

Pirates customarily board vessels using force, by the use of weapons i.e. guns, rifles, RPGs (Rocket Propelled Grenades), to kidnap vessel’s crew members , holding them as hostages for ransom extortion from shipowners in exchange for vessel’s and crew release. Where a vessel is loaded with cargo, this also can be held and used towards obtaining a ransom.

Piracy from IG P&I Clubs perspective: International Group (IG) P&I Clubs contain no definition or named exclusion for piracy, thus the third-party liabilities insured by the Clubs remain covered under piracy. These liabilities are most likely to involve crew injuries, loss of life, illness, crew repatriation and crew substitution, medical treatment or stress counselling, loss of personal effects, pollution, wreck removal, cargo liabilities, General Average (GA). As previously mentioned in reference to primary Hull War risk, P&I cover Underwriters include piracy as a named covered peril. There may be an overlap between P&I liabilities arising from piracy covered by the Hull War risk P&I underwriters and those covered by the IG P&I Clubs. However, there is no legal obligation on the owner to pay ransom. Therefore, IG P&I Clubs do not contribute to ransom payments, unless the omnibus rule clause is activated on an ‘ex gratia’ basis.

Since the Somalian pirate attacks became a real menace in the first decade of the 21st Century certain Underwriters at Lloyd’s and in Europe provided special Marine K&R (Kidnap & Ransom) insurance policies, sometimes with the provision that the insured vessel would be protected by a private maritime security company’s (PMSC). Often consisting of a professional team of 3-4 armed guards, employed while transiting the high-risk area – inwards and outwards, with other protective measures (if any, for example, wire, citadel etc.) and of course, the HRA. The areas of most concern currently are Gulf of Aden, Gulf of Oman, Yemen, Nigeria, Gulf of Guinea and Venezuela.  IBM revealed that Piracy increased on the world’s seas in 2018, with a marked rise in attacks against ships and crews around West Africa. The IMB Piracy Reporting Centre (PRC) recorded 201 incidents of maritime piracy and armed robbery in 2018, up from 180 in 2017. The Gulf of Guinea remains significantly dangerous for seafarers. Vessels have been boarded by pirates well outside territorial waters, with crew kidnapped and taken to Nigeria’s mainland where they were held for ransom. However, not all K&R underwriters require the protection of armed guards, in which scenario’s evidence must be provided from ship managers that they exercised due diligence to deter pirates from boarding vessel. Safe and secure maritime transport services is crucial, and risk prevention is always the best solution with taking necessary preventative measures such as: Razor wires, water hoses, watchmen with IR binoculars during the night, citadel, compliance with the BMPs procedures and liaison with naval forces. Whatever proves that managers exercised all due diligence in protecting a ship against pirates’ attacks.

Maritime piracy must be distinguished from maritime terrorism which constitutes a separate threat to shipping where vessels’ attacks are caused by terrorists who have different drives from pirates, mainly political, ideological and, religious. This risk is also covered by the Hull War risk policy on a worldwide basis, any time, however this risk represents a separate topic of discussion. 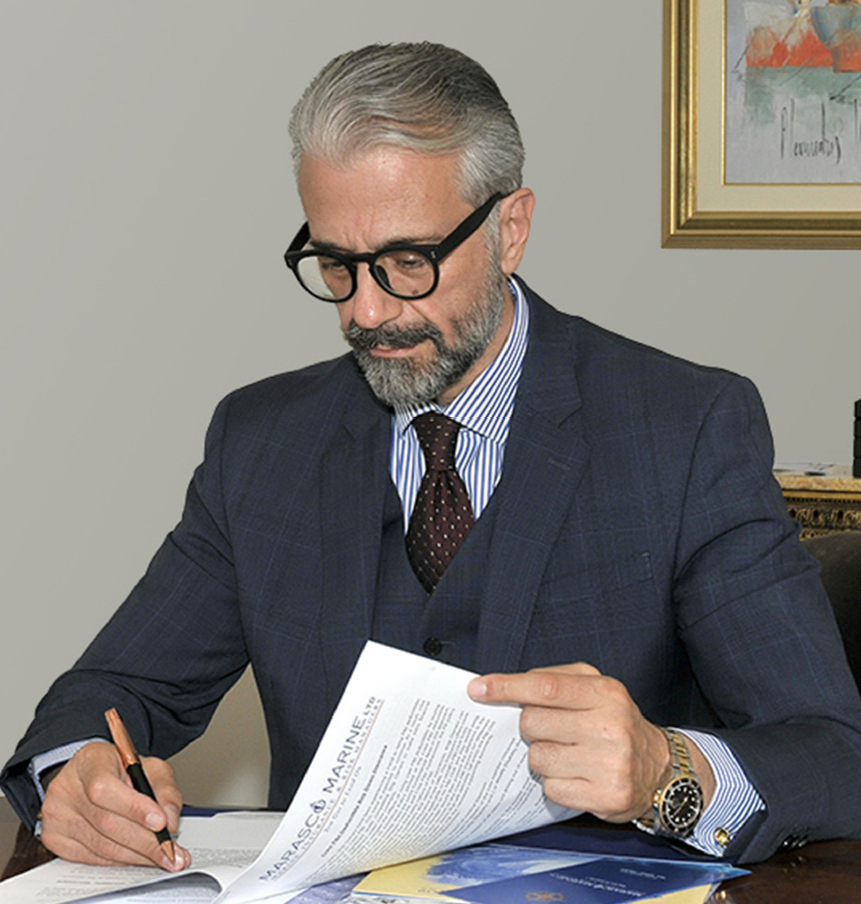 *Marasco Marine Ltd is specializing in

More at: www.marasco-marine.com or [email protected]